B-day Party in The Hills 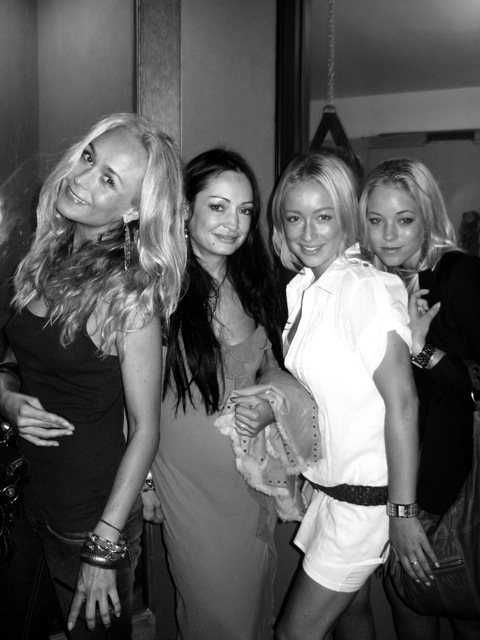 Last night our neighbor Myriam threw her birthday party, but not in her own house. No-no! Why trash your own place when you have friends who own gorgeous mansions with overwhelming views. That is the true West Hollywood Hills way of partying.

Myriam borrowed a beautiful house one block down the street, invited tons of cool guests and had an über stylish B-day bash. Funny thing was though, when we arrived fashionably late – 2 hours late – Myriam hadn’t made her entrance yet. Even more Hollywood style! So around 9 pm (party started at 6 pm) the stunning, leggy LA based ‘Parisienne’ made her entrance. By then the guests were all well boozed up and didn’t take much notice anyways… 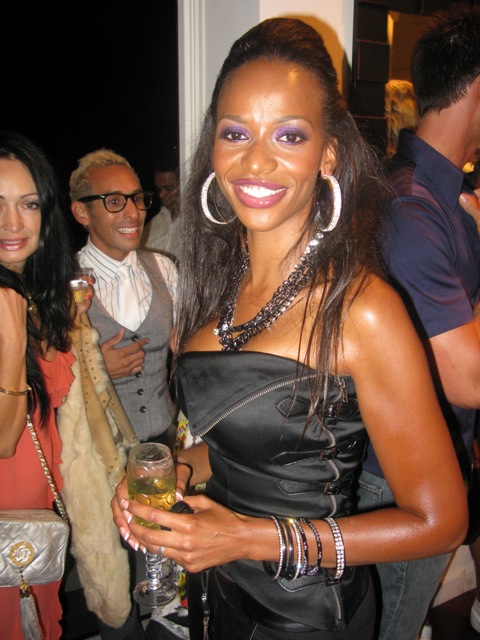 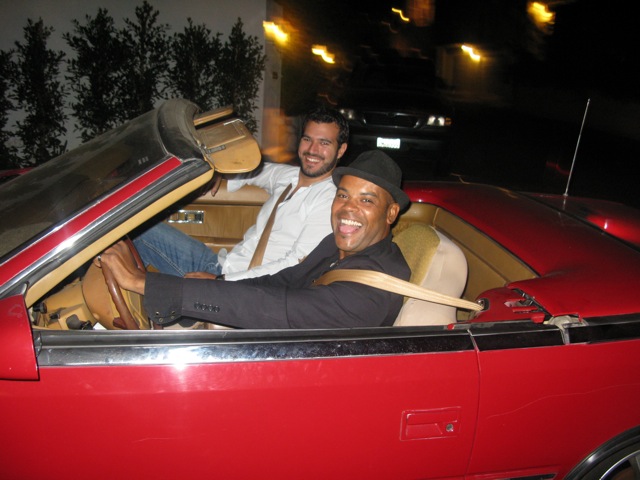 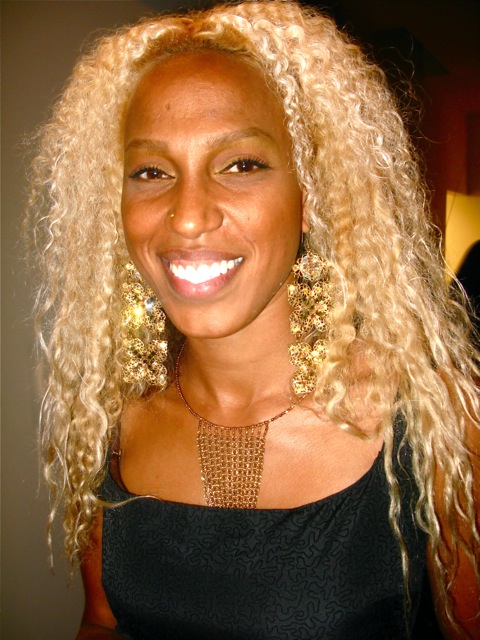 Love the earrings... And I would die for her hair and smile!

The awesome thing about this house party was that everybody was introducing themselves, being friendly and relaxed, which is not always the case in this City of Angels AKA of attitude and BS. And now that I’ve lived in LA for more than a year I find that in spite of 16 mill inhabitants the scene is actually pretty small. Kind of the similar feeling I had after a while in NYC. It’s pretty much the same load of people who attend the same parties etc.

Yesterday was a tiny bit different though because it was mainly music industry. Myriam is a recording artist so her posse is musicians. Not to mention it was pretty intimidating to be in a room with everyone playing 3 – 4 instruments. At least. And very well. Oh and did I mention their voices? Would like to have a ‘happy birthday song’ like Myriam’s…? I think so…not to mention her leather pants. They were HOT!

Anyways, besides the fact that LA parties end waaaaay to early because everyone has to get up and go to the gym the next morning and that Myriam’s hair caught fire when she blew out her candles. Besides that, it was one of the best parties in The Hills I’ve been to in a long time. Another cool factor about going to a party down the street is that I could load on a huge piece of cake in one hand, a Mojitos in the other (my 4th that night!) and just stroll home… I’m not saying it looked pretty though 😉 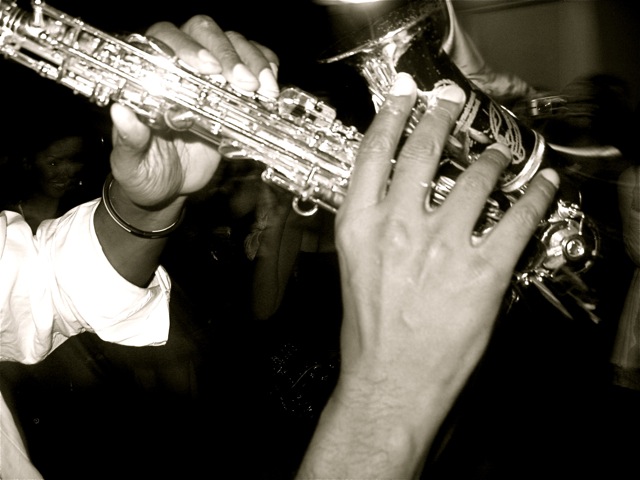 Happy birthday to you... 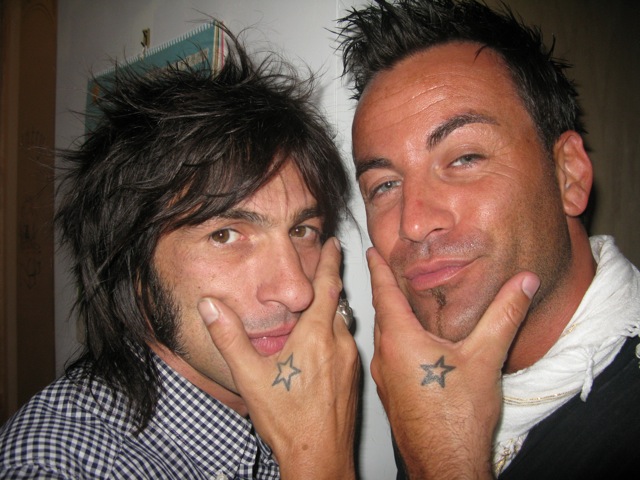 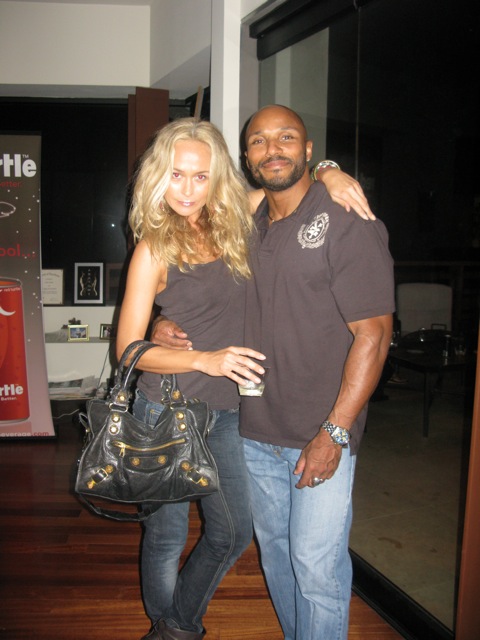 Whindle and I. Pop Quiz: Who works out most...? 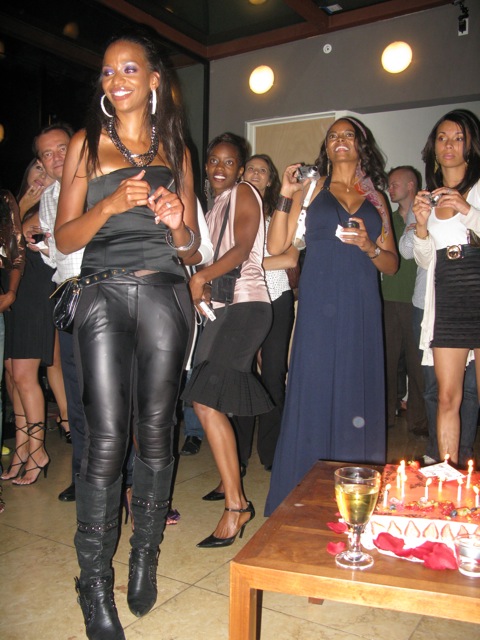 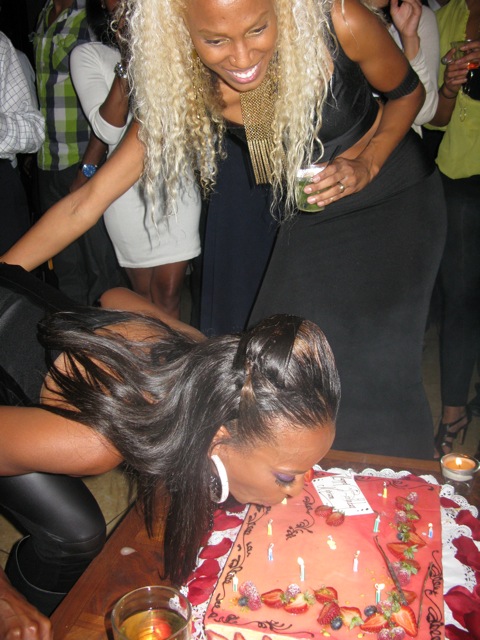 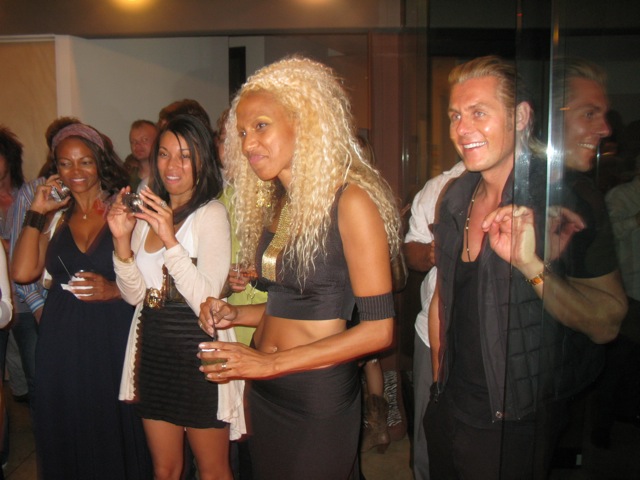